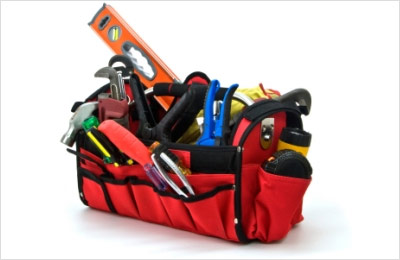 The folks over at DesignM.ag (whose site I’d never seen, but will definitely be visiting again!) have compiled a fantastic list of over 200 resources for the freelancing folk in the web design/development community. They’ve broken their compilation into two parts: business resources and design/development resources. The business resources are all about helping you (the presumed freelancer) work better and faster: they cover everything from finding freelance jobs, to invoicing your clients, to managing your time and projects. The design resources, on the other hand, are a great resource for finding new sites to bookmark: they have stock photography sites, layout generators, SEO tools, and more.

If you’re a regular Firefox user (and with the great rendering and better plugins, why wouldn’t you be?), you’ve probably noticed a certain bit of “usability” that more often than not just looks pretty darn annoying: the dotted outline Firefox puts around links or images when you click them. The outline is meant to act as a visual cue, letting you know which of the possibly closely associated links just received your ministrations. However, the effect more often than not simply clashes with the site’s overall design. Luckily there’s an easy fix, and Chris over at CSS-Tricks has written an article on removing that annoying little line. And better still, he offers solutions for adding some sort of visual “click” indicator back to the anchor, thus preserving usability, but not at the expense of beauty.

This tutorial had an awful lot to offer me. jQuery is, in my humble opinion, the coolest JavaScript framework out there to date. But clunky form redirection, on the other hand, is one of the (admittedly copious) banes of my existence. So this tutorial rocks, in that it’s using a technology I love (and plan to start writing more about here) to eliminate a problem I despise. And if you’ve ever wanted a surprisingly simple way to validate and process form inputs without having to refresh the page, I wager you’ll like this tutorial just as much as I did.